Andy and Laurel have a really cute love story.  They knew who each other when they were in high school however they’re were a few years apart, and their hearts weren’t united until years later up here in the North Conway area.  They felt a connection right away when they bumped into each other and began dating.  Now you’ll soon see that Laurel is a very sweet, kind, and wonderful person- but her job is quite intense.  She was an Occupational Therapist in the US Army for most of the time she and Andy were dating.  They were stationed in Hawaii for some time, not bad right?  Year round golf was heaven for Andy, but after two years there Laurel got orders that she would have to deploy to Afghanistan for a year and work with soldiers over there.  Andy reassured her that the distance would not change a thing, and he proposed to Laurel on a weekend trip to the Big Island in Hawaii which was the last of the islands they had left to visit.  He proposed on the beach at sunset by spelling out “will you marry me” in white rocks in the sand.  Laurel left for Afghanistan in February of 2011 and Andy moved back to New England.  He patiently waited for Laurel for 12 months while she was deployed. He emailed her every single day for the entire 12 months of her deployment and was waiting for her at the FT Benning airport when she first touched down on US soil. Do you need a tissue?  I do every time I hear this story!

So now they are together in New England and are so excited to tie the knot on September 22nd, 2012 up here in Jackson, New Hampshire.  We had SO much fun on their engagement shoot.  I had an antique chalkboard that we had some creative fun with.  We even played a sweet lil’ game, where I had them write dow what they loved about one another without showing each other.  Then I had them show the other what they wrote and captured a few cute moments between them.  Both Andy and Laurel grew up in the Mount Washington Valley, and thus have a very special connection to the area.  For their engagement shoot went to a classic old New England barn, local fields, wandering rivers, and mountainous backgrounds.  Right at the end when we thought we were done the sunset peeked out between the mountains and the clouds, and we caught some gorgeous light that only last a few minutes.  Such a wonderful session, and I can’t WAIT for September 22nd with these two! 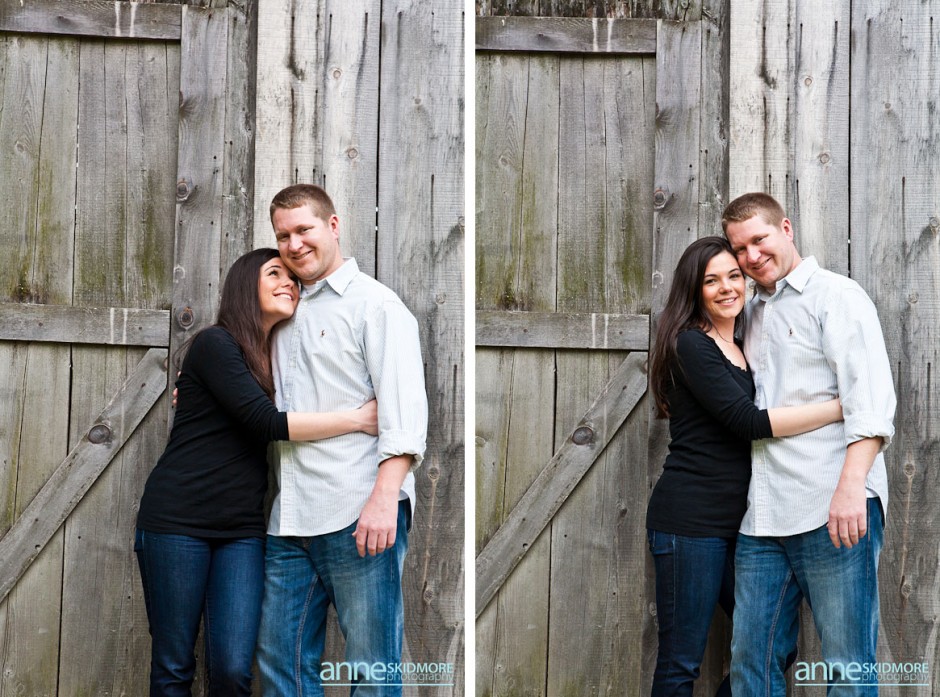 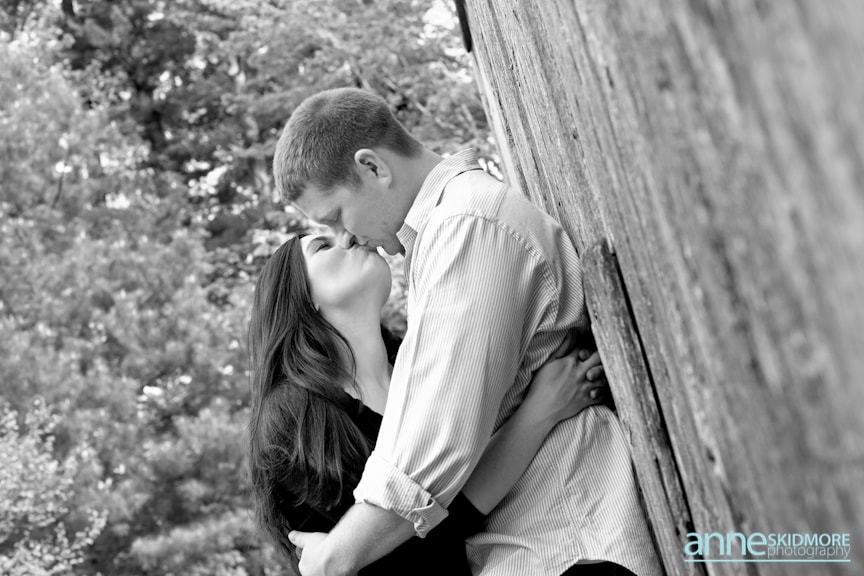 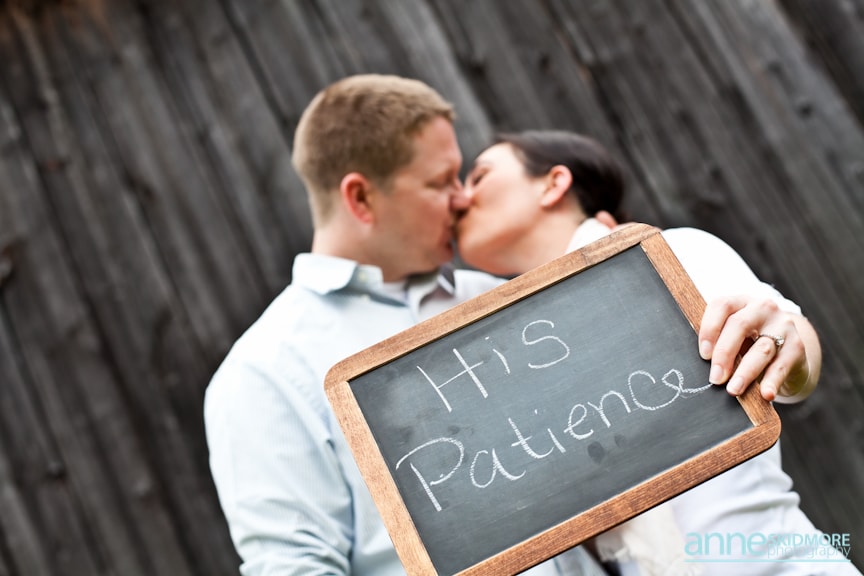 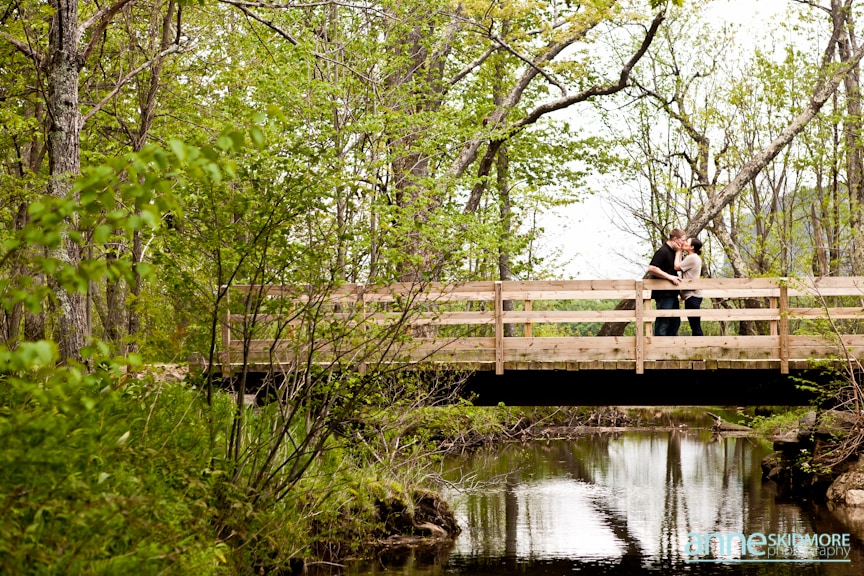 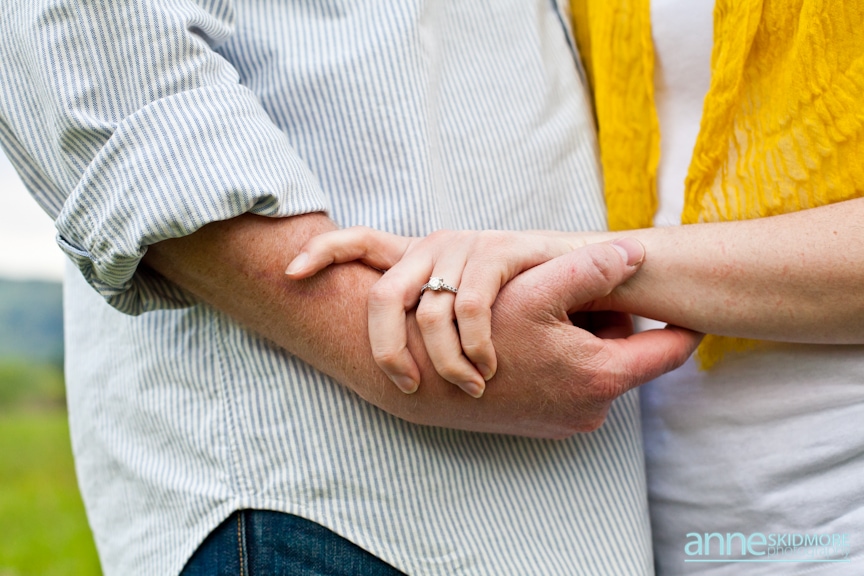 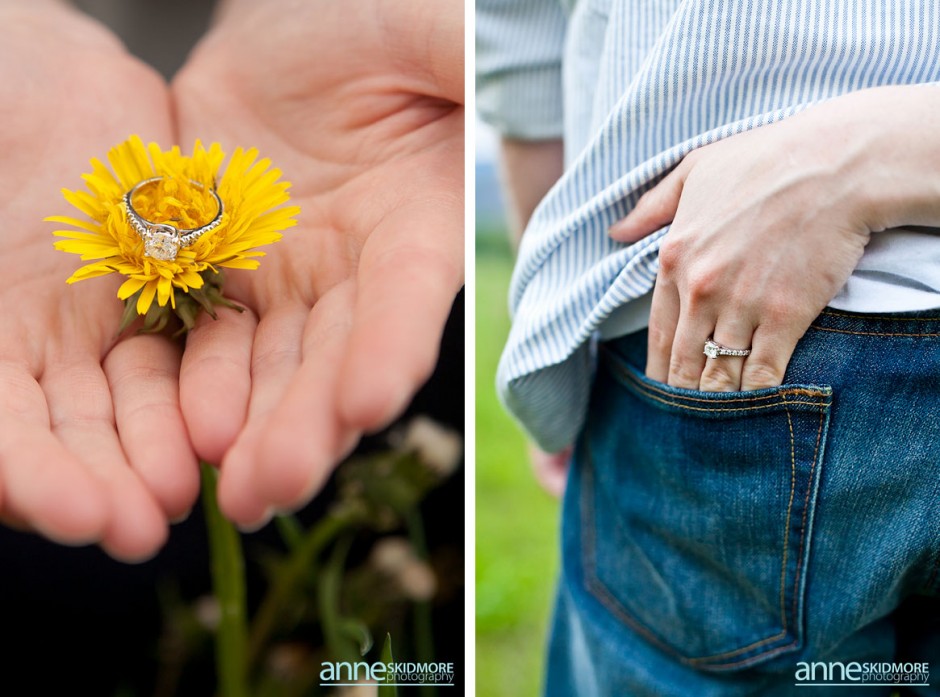 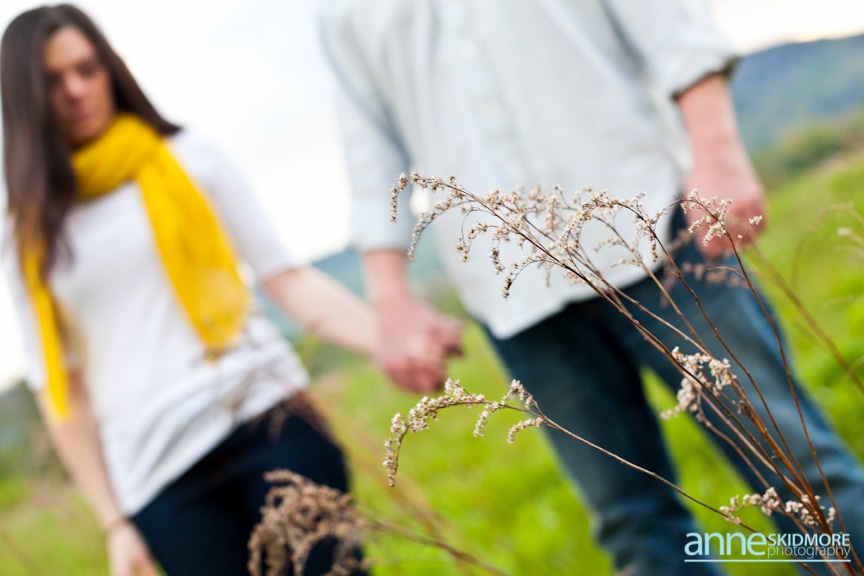 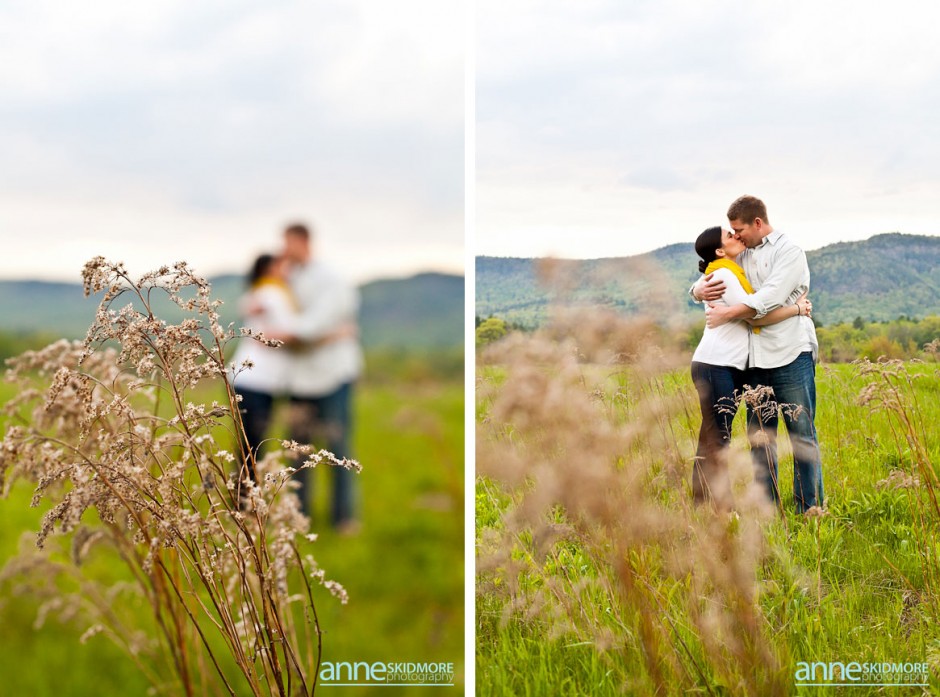