Well this one was a special one you see, for many reasons. First and foremost, Becca and Dana were getting married! Second, Becca & I were freshman year roommates. We met almost exactly 16 years ago for the first time at UNH. Both of us at a huge life changing moment. We hadn’t seen each other in about 12 years, yet we were still in touch and she asked me to capture her wedding day. I was so very excited! I met Becca and Dana along with their whole bridal party and families at a private home in the Sunday River area known as the “Eagles Nest”. A name very fitting as this amazing house sits on a perch overlooking the whole Sunday River valley. These two love birds picked this area to wed because of their strong passion for the Maine mountains. All the girls were getting their hair and makeup done inside with their matching and personally embroidered button down shirts on. To top it off they also had personalized flip flops! So cute! All of the bridesmaids dresses were lovely varied hues of mint green. Becca’s absolutely stunning dress was a BHLDN gem, just awaiting for her to be slipped on. Becca’s wedding shoes you may ask? Why they were her riding boots that she has had since she was a teenager. Not only adorable, but very functional for getting around that day! Once Becca and Dana were all gussied up, they had an awesome first look moment on a deck at the very top of the “Eagles Nest”. Portraits started there, and then we were off to do bridal party and more portraits of the two of them at an adorable barn down the road, a covered bridge, and a field with Sunday River ski mountain in the background! All absolutely striking backdrops! After we wrapped up the portraits it was time to head up the “Chondola” at Sunday River to the summit of North Peak! Becca had dreamed of an outdoor ceremony with the mountains in the background, however, Mother Nature had different plans. Right at ceremony time the skies opened and it poured.  However everyone became cozy and festive when nestled into the North Peak Lodge for the ceremony. They had a beautiful ceremony indoors, where they were surrounded by everyone near and dear to their hearts. After the ceremony the rain stopped, and Becca was excited to walk down to the spot where their ceremony was supposed to be for a few more photos. And guess what happened? A RAINBOW! We couldn’t believe it, we all thought it was Mother Natures way of apologizing for the rains she had just delivered. We took a ton of photos with the rainbow and the mountains in the background, and then it was celebration time! The evening was filled with dances, toasts, laughter, and wonderful music by Java Jive! Thank you Becca and Dana! It was an honor to capture your wedding day and it was hard not to get too choked up seeing Becca marry such a wonderful man! 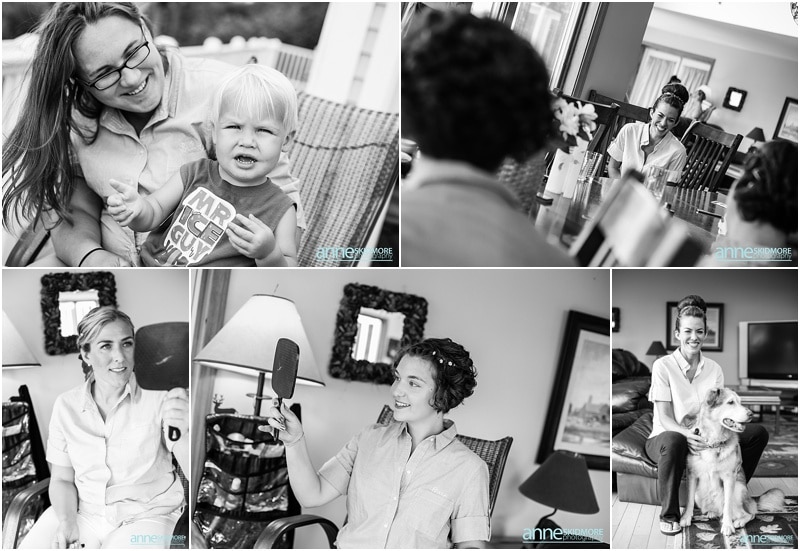 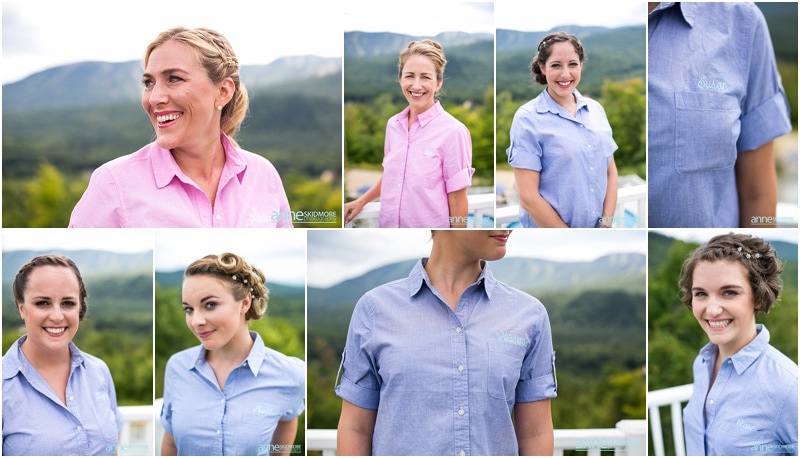 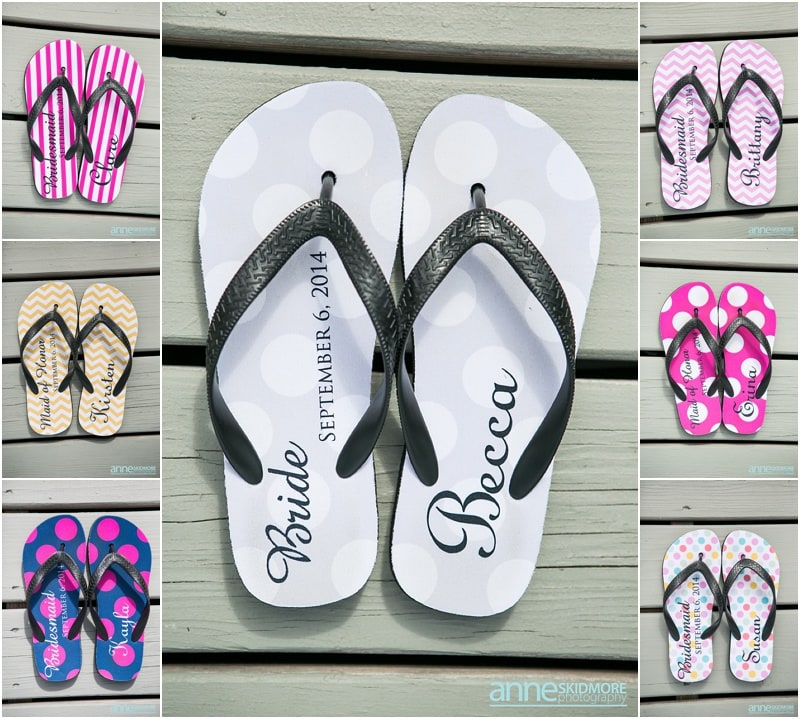 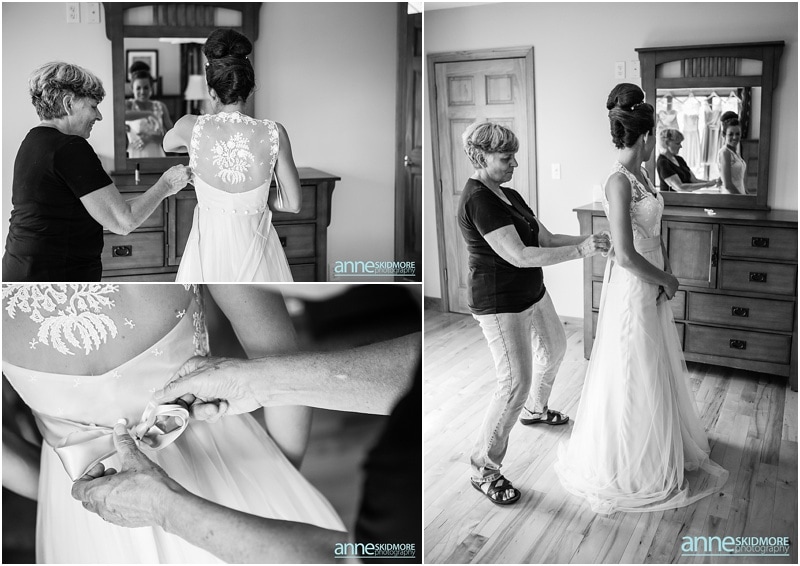 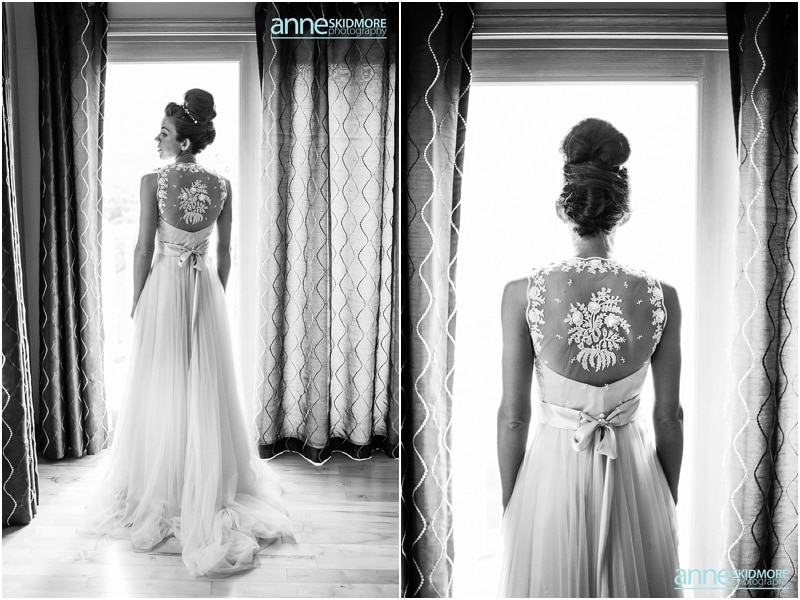 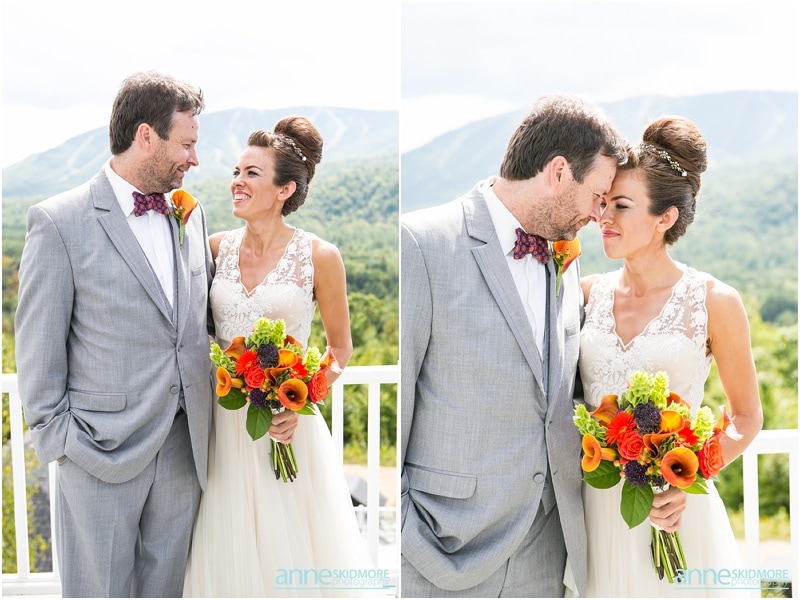 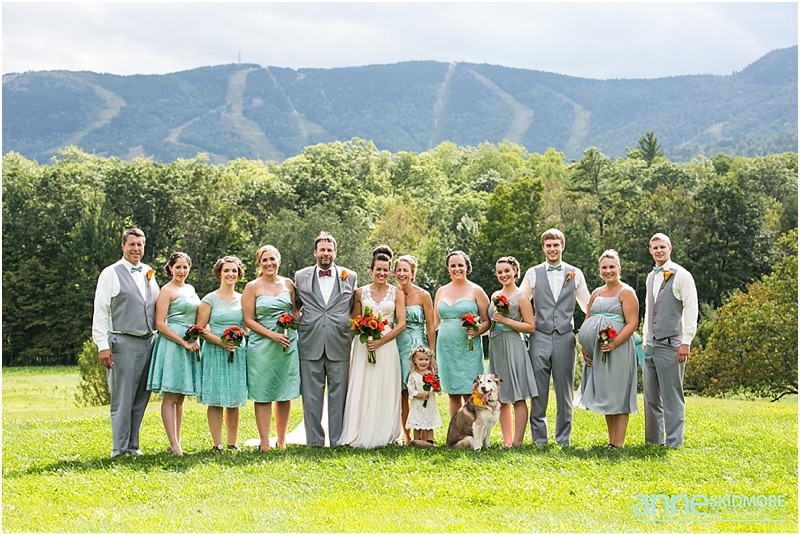 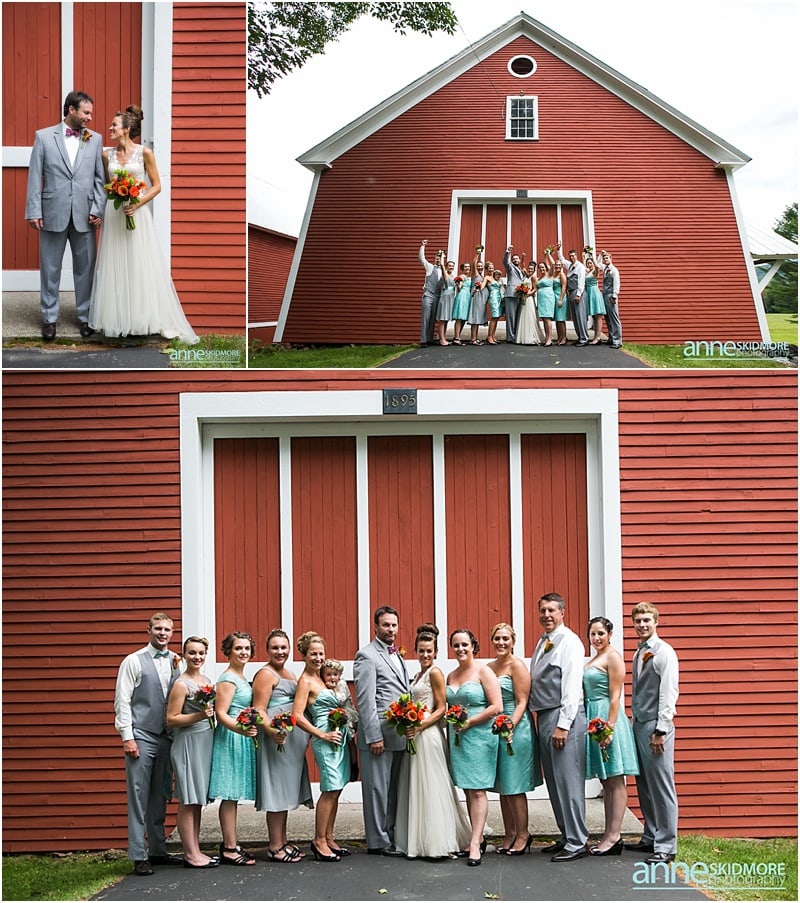 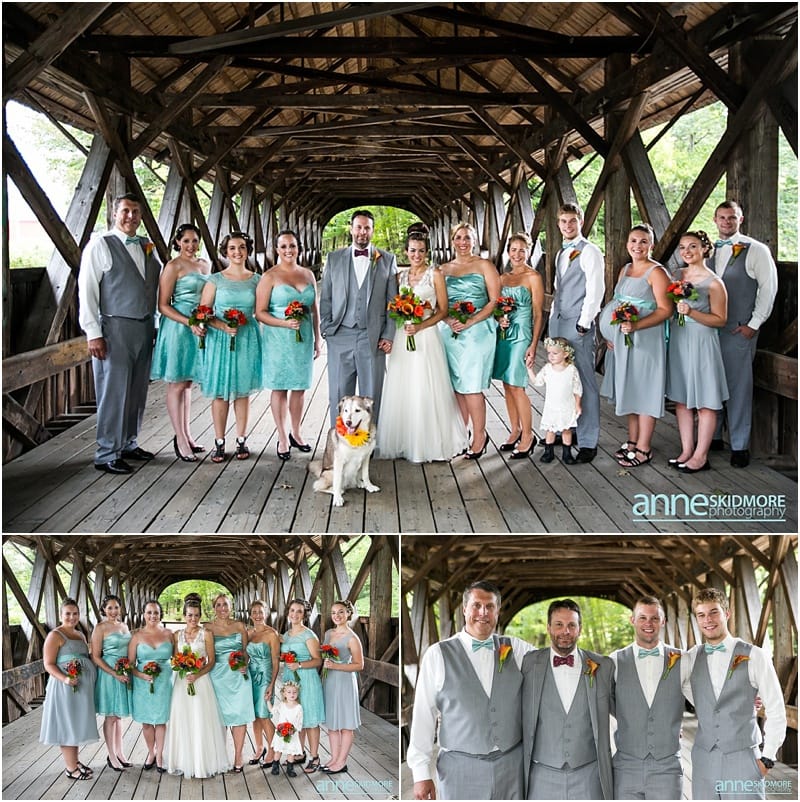 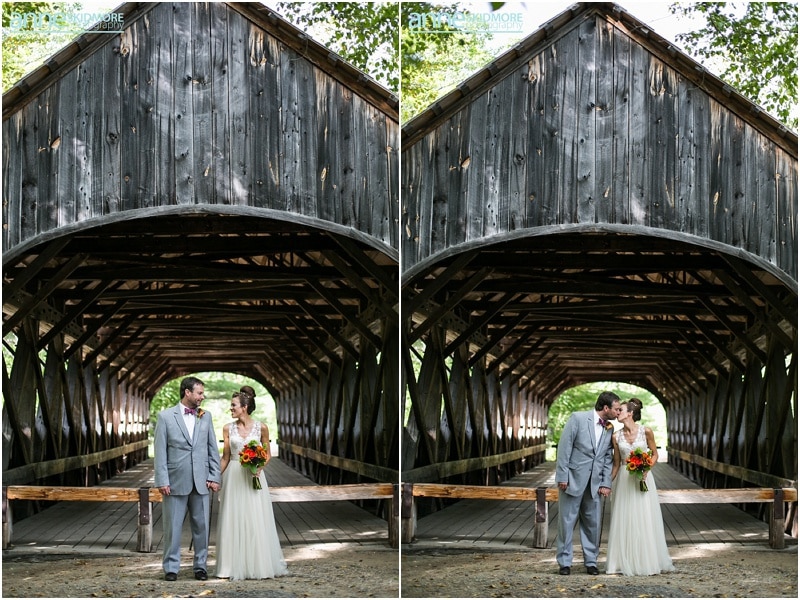 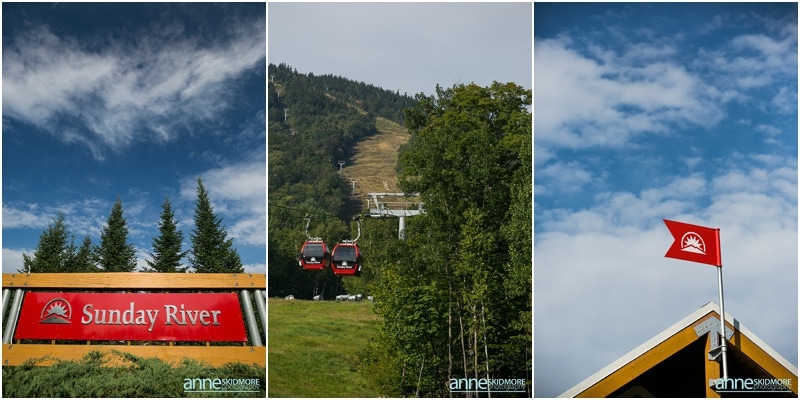 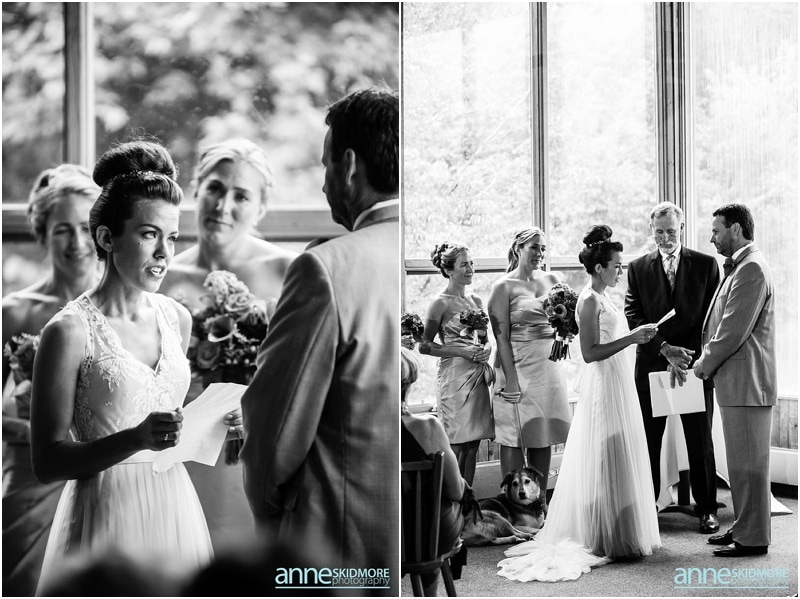 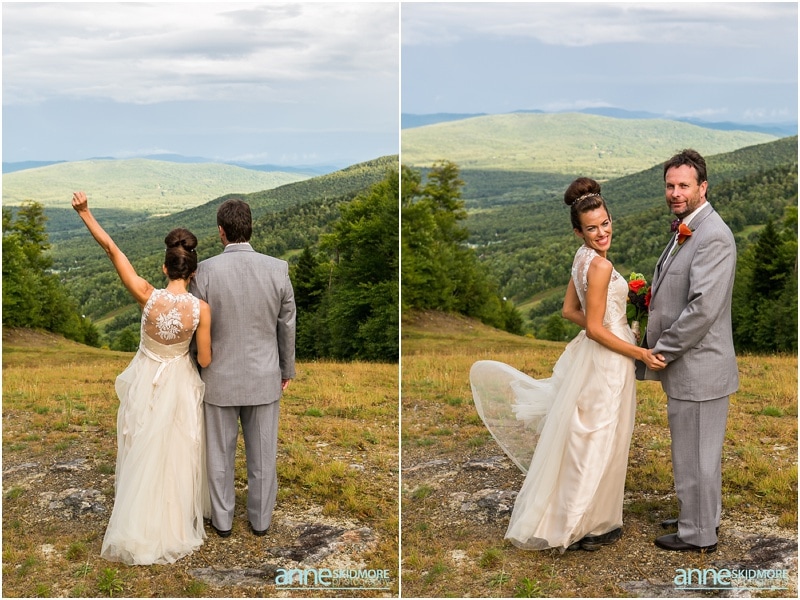 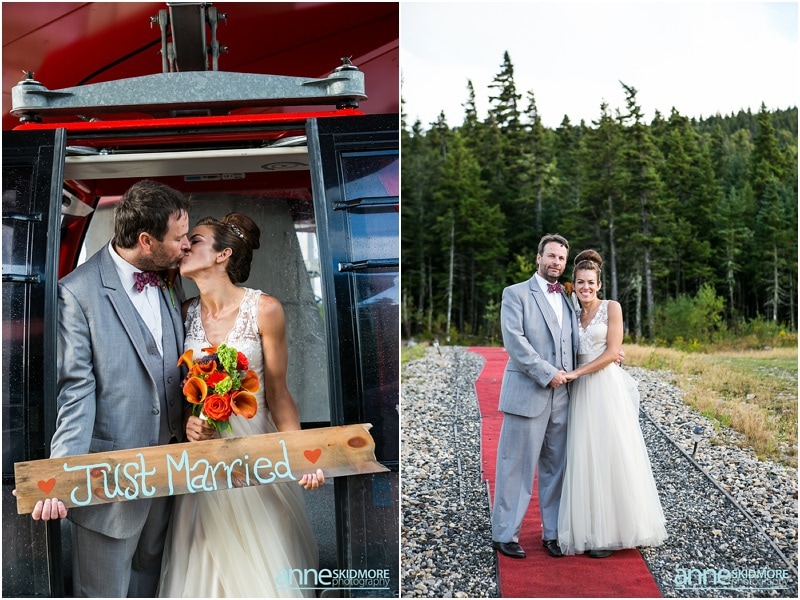 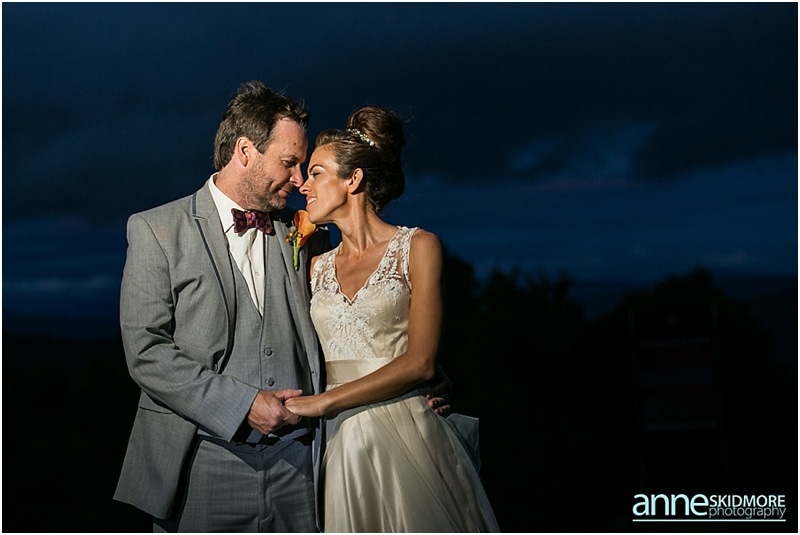 Table Flowers:  Grown by brides mother, DIY by the bride

Brides Boots:  Riding boots she has had forever!