This was a special one!  For many, many reasons.  To start, how cool, calm, and collected Amy was on her wedding day.  If I remember correctly, there was a 50% chance of showers on her wedding day, and well, in New Hampshire that usually means definite rain.  On June 20th, 2013 Amy & Josh were planning on having their wedding ceremony on the amazing Chocorua Island of Squam Lake.  They had a special antique boat pick Amy, and her family up at the house on the lake.  It was called the Puffin III.  And Josh took a party boat out to the island earlier with my awesome second shooter Lea Morgan, and also with guests, groomsmen, and family.  Amy’s family was amazing, they followed her cool and calm persona about the weather, and as the “Puffin III” pulled up to the house, her father almost fell into Squam Lake trying to make sure it landed safely!  Everyone boarded the Puffin III, and we were off!  What a way to get to a ceremony!  On that boat ride I remember thinking how lucky I was to be apart of this wedding and capture it!  It was a beautiful ride over, filled with smiles and happy tears!  However, there were some mean looking clouds in the distance, but we carried on to the island.  We arrived, and soon Amy’s father was walking her down the aisle to her future husband.  A few raindrops and big wind gusts blew through the ceremony, but that was it!  We heard later that it was pouring 10 miles north, and I’m convinced there was a safe little bubble around Church Island that day.  We took beautiful family portraits on the island, and then continued Josh & Amy’s portraits on the island, in Holderness, and stopped at a few fun spots on our drive to the Common Man Inn & Spa!  So fun!  That evening there were dances, toasts, cake cutting, and catching up with friends and family at the reception.  We did just a few portraits at sunset, and then one last night shot.  Such a fantastic and beautiful day!  Congrats Josh & Amy, it was an honor to capture your wedding and wonderful to work with you all!  Take a peek below. 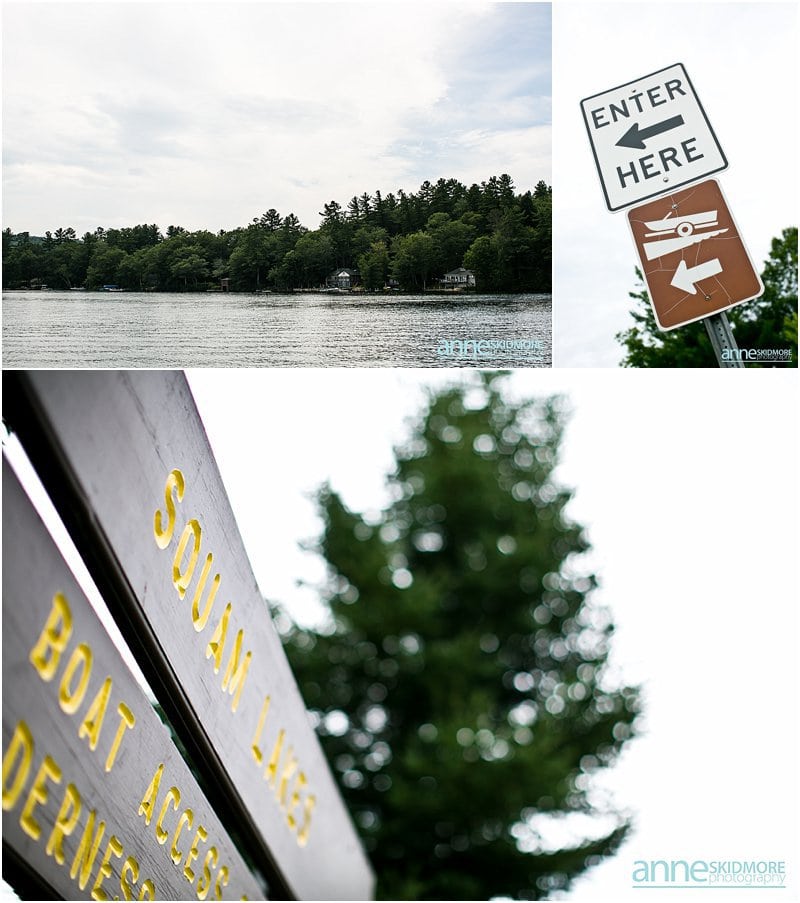 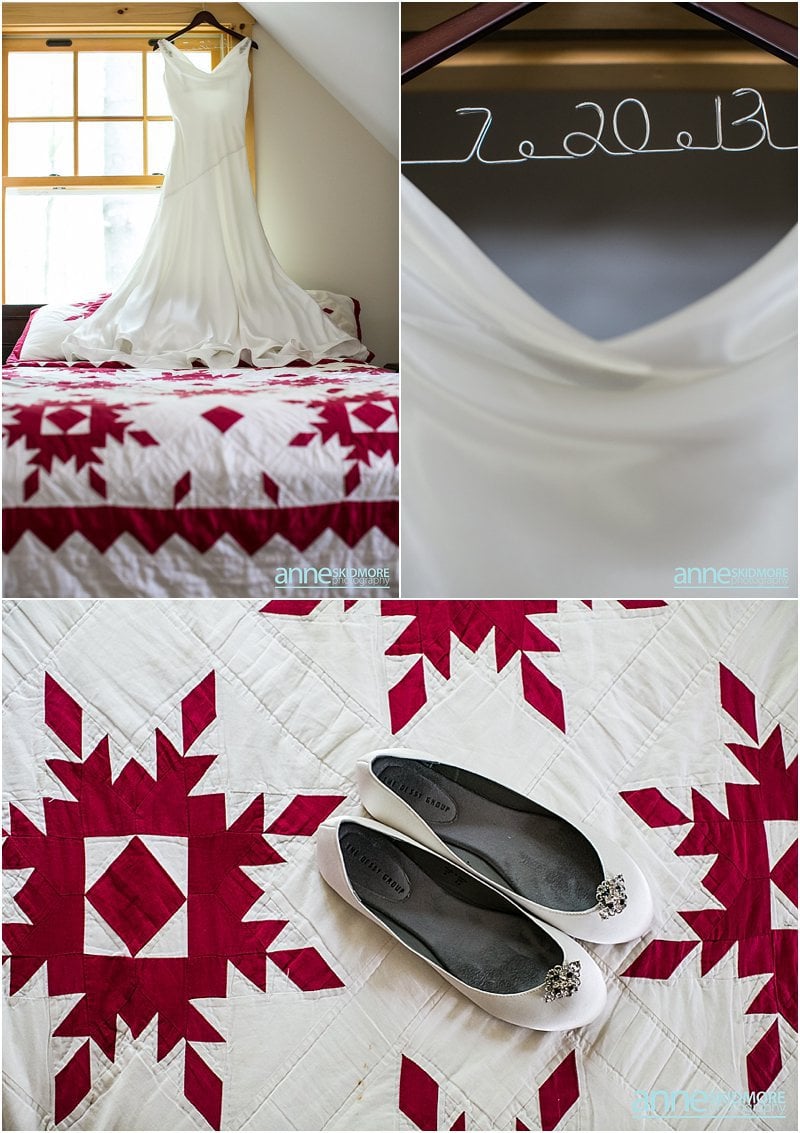 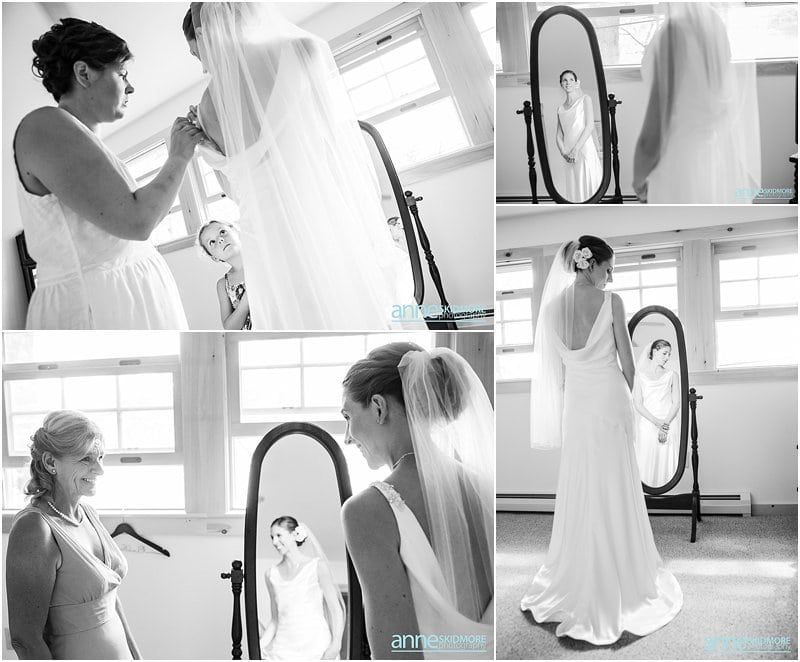 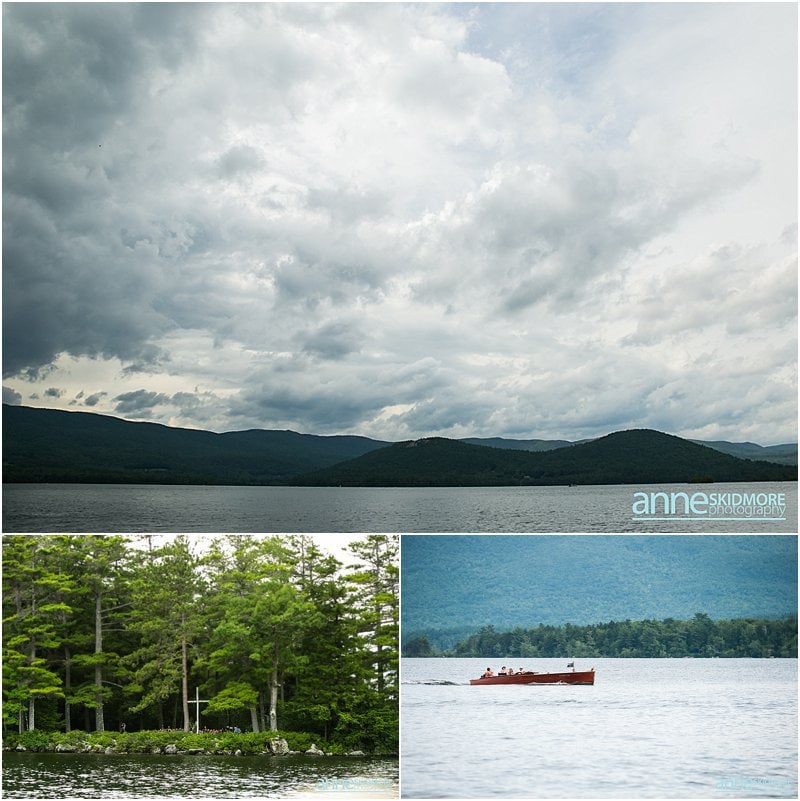 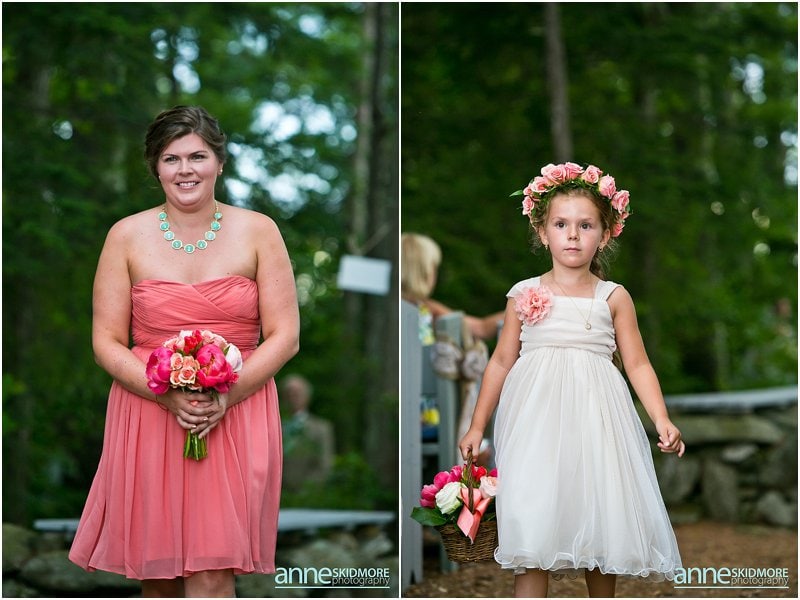 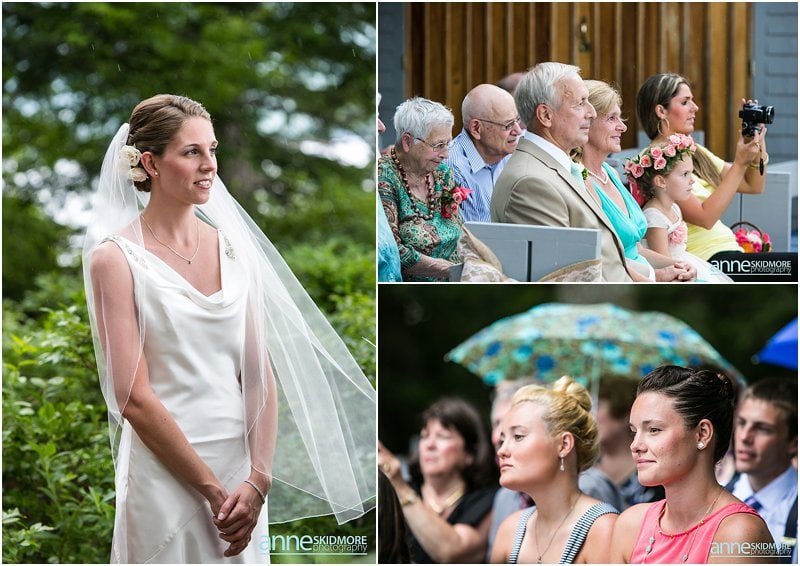 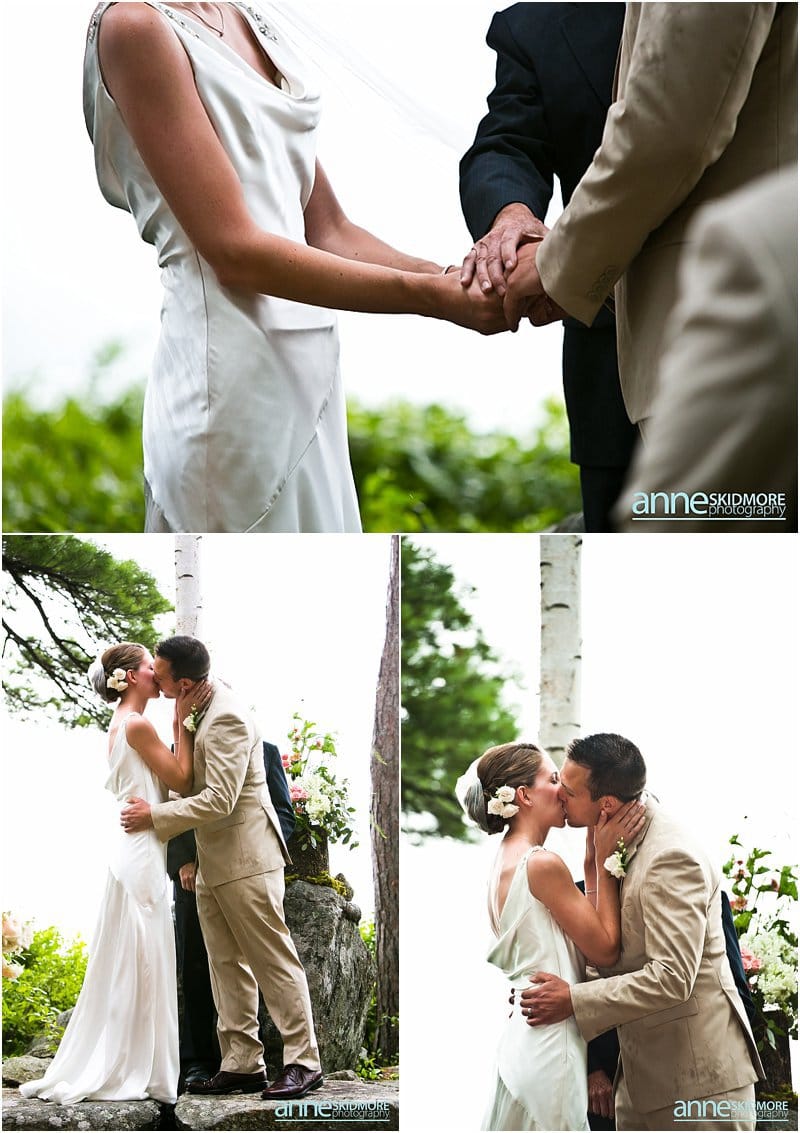 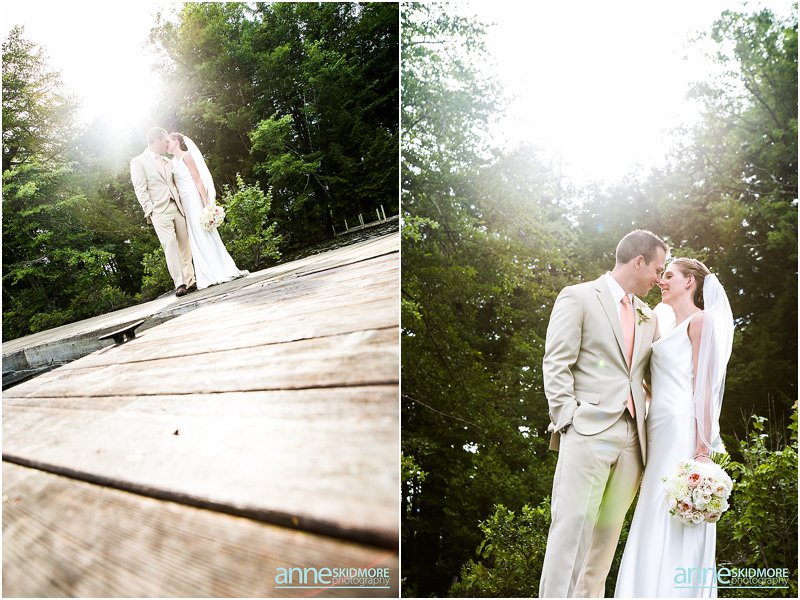 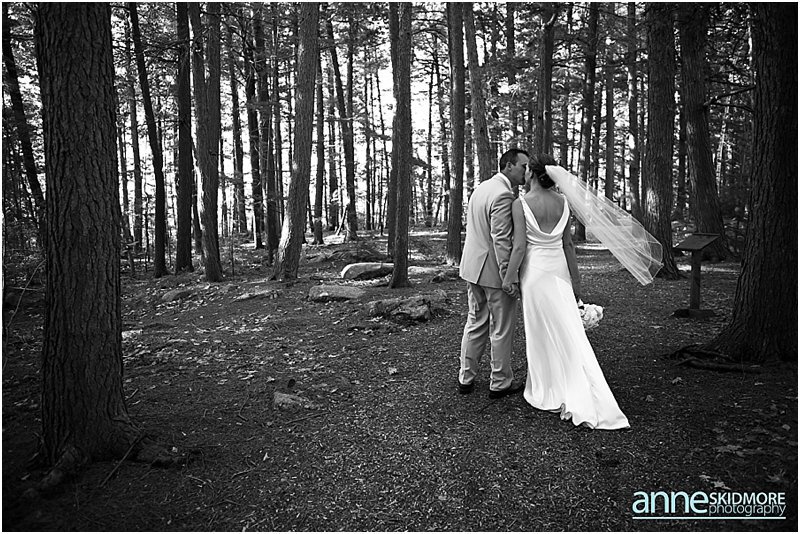 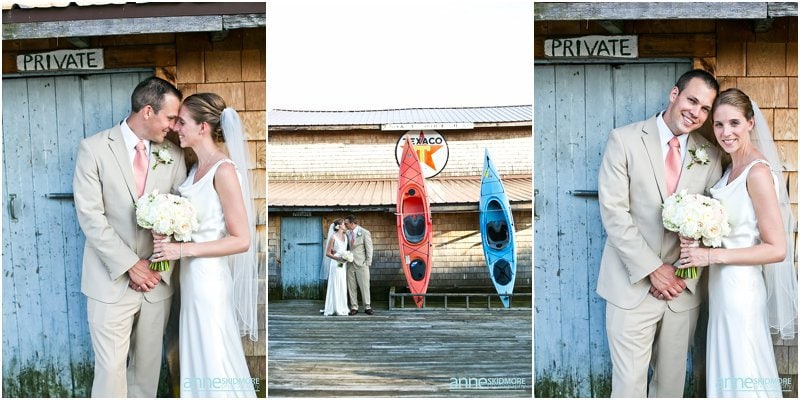 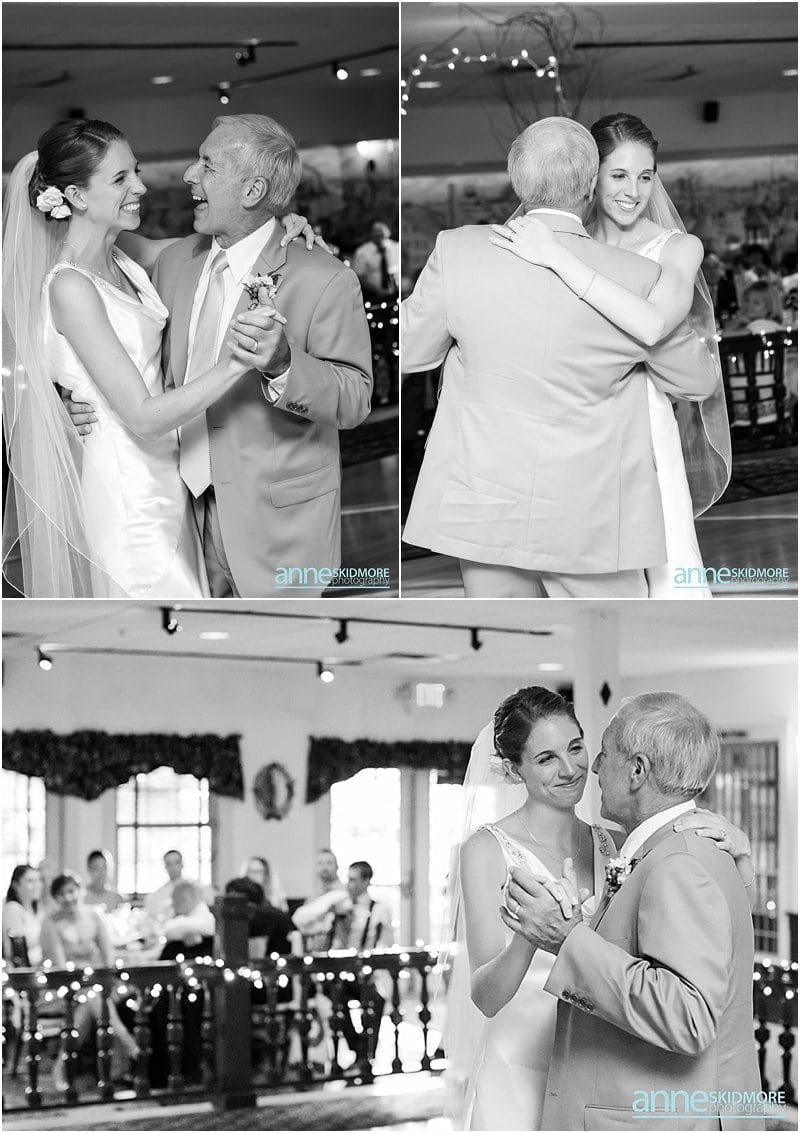 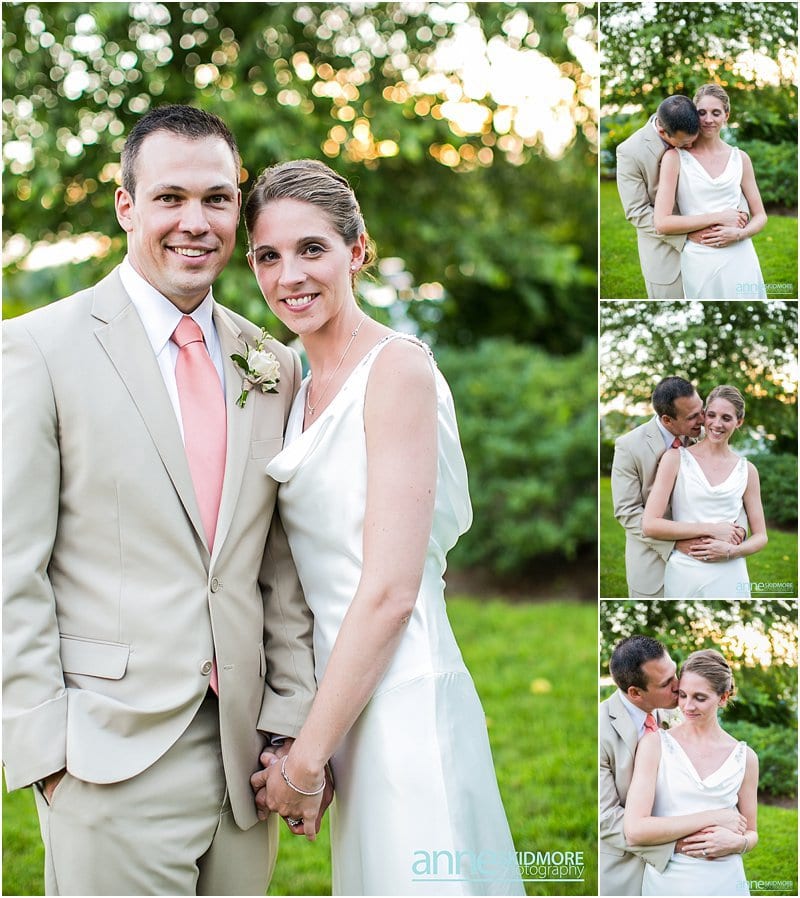 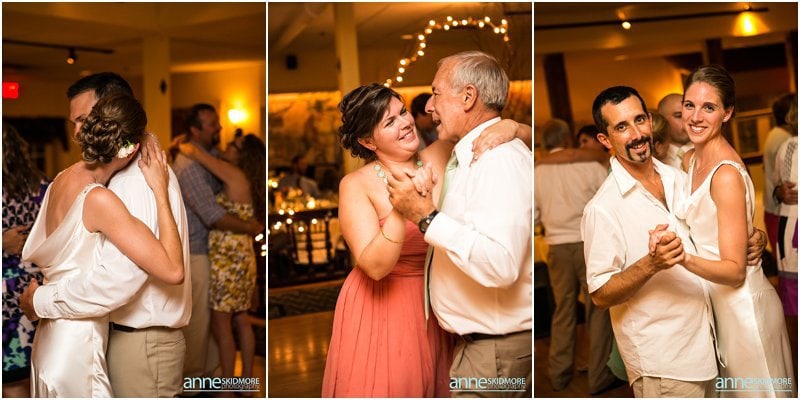 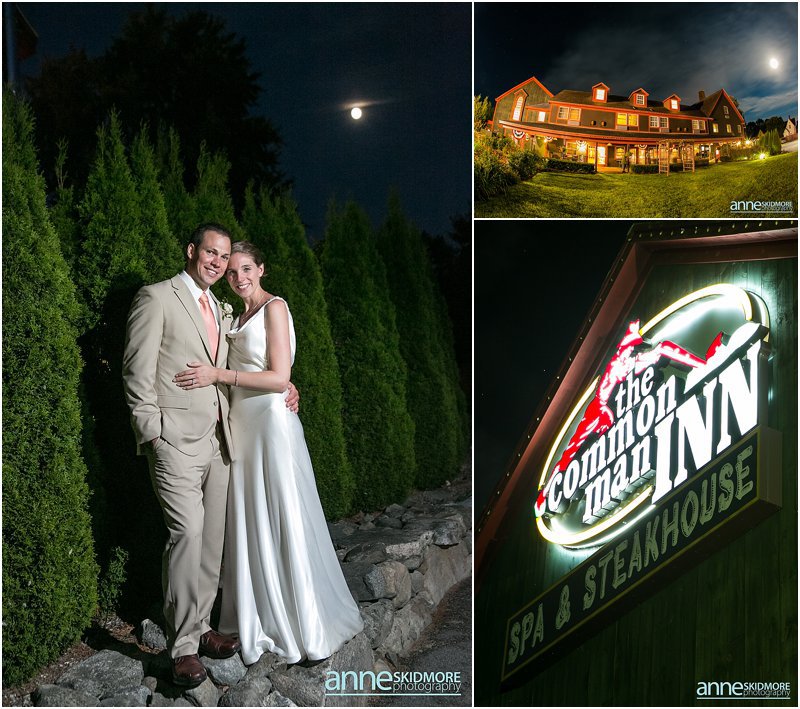