Wow, this was truly a beautiful day!  Max and Kelly wed on May 31st, 2014 at the classic Whitney’s Inn and Shovel Handle Pub!  We love this venue, it’s tucked up in the mountains of Jackson, New Hampshire, yet you can easily sneak into downtown Jackson to do even more photos!  Which is just what we did!  Kelly and Max got ready at the inn (love Kelly’s J.Crew wedding dress!), and had a sweet first look moment off site in Jackson.  It was lightly sprinkling at the beginning of their first look moment, but this did not phase Kelly one bit.  Before we knew it the rain stopped, and the sun came out!  We wandered to these incredibly huge lilac bushes that were in perfect bloom, and lilacs are the New Hampshire state flower, so this was an impeccable backdrop!  Next we went to the beautiful Jackson covered bridge, and our final stop was at the Jackson Falls before heading back up to the inn for their “I Do’s”.  They had a lovely ceremony which was officiated by one of our favorites, Kimberly Steward, just outside of the inn and right below Black Mountain.  After the ceremony it was time to do portraits over by the barn!  Kelly’s bridesmaids were in beautiful pinks, while the guys were is sharp looking grey suits.  And this bridal party was a riot!  The guys flagged down a man who happened to be driving his vintage car by us, and we were able to do some photos with this car!  And the groomsmen insisted in doing a photo with them jumping off the barn stone wall!  Thankfully no one was hurt, so it was totally worth it and everyone was able to dance into the wee hours of the evening.  And did they dance!  You’ll see below!  Thank you Kelly & Max, we had so much fun capturing your wedding day!
Photographed by Anne Skidmore of Anne Skidmore Photography 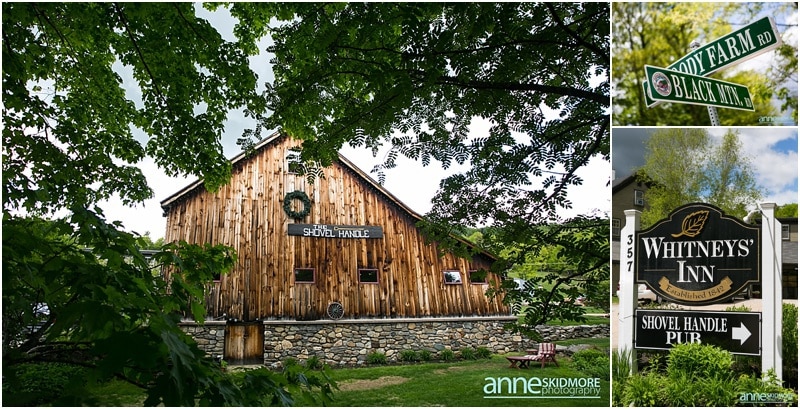 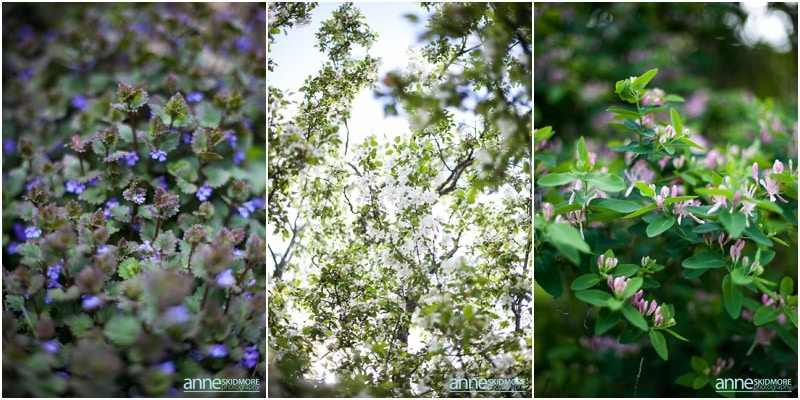 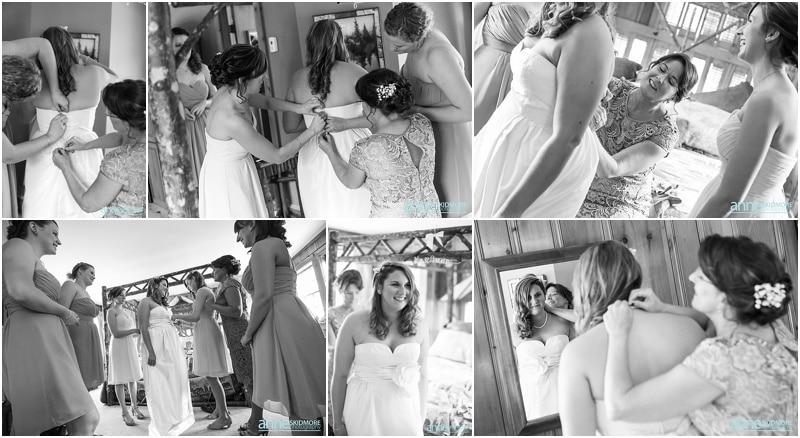 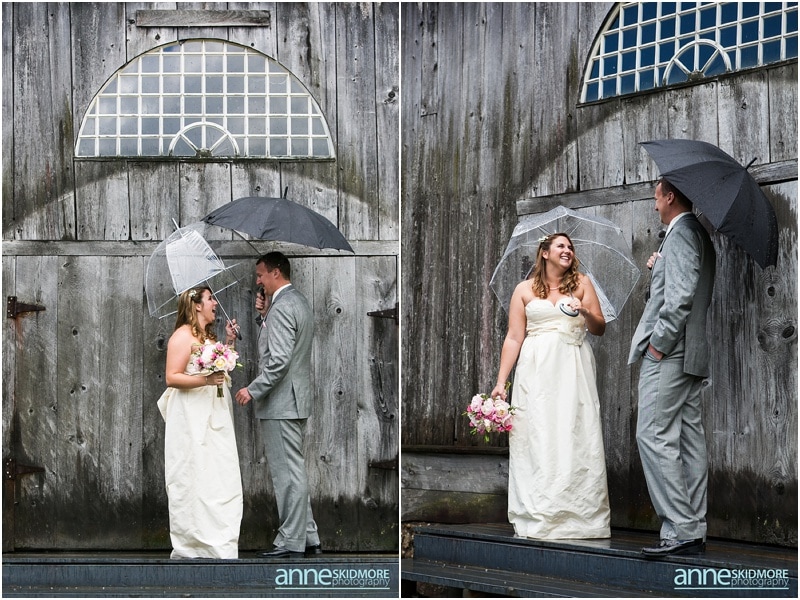 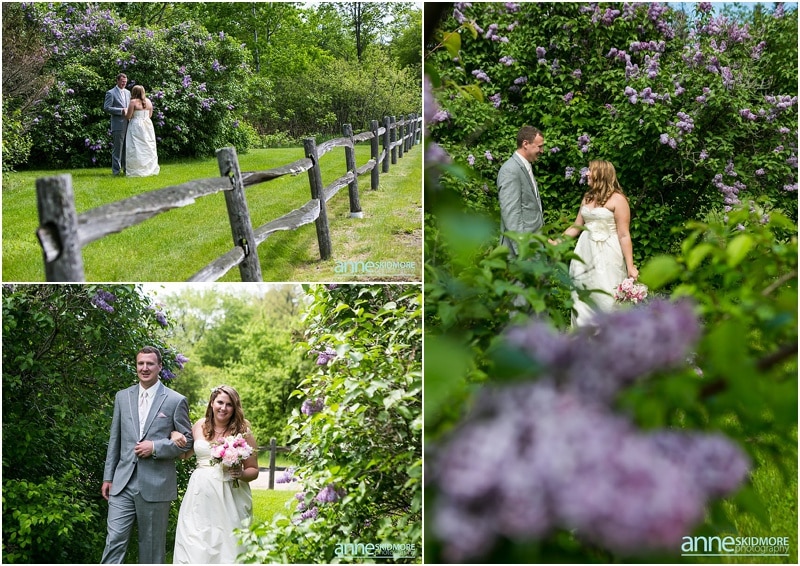 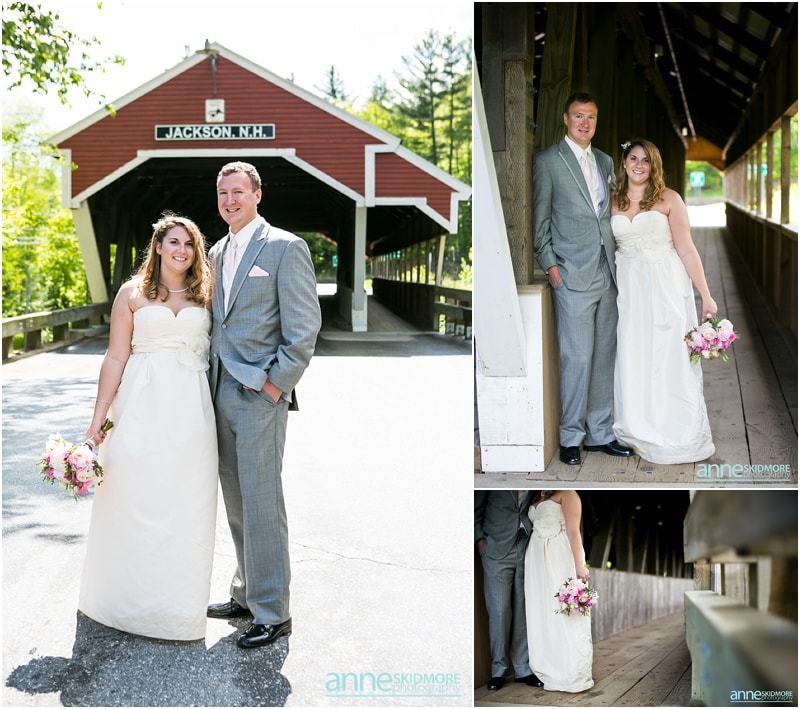 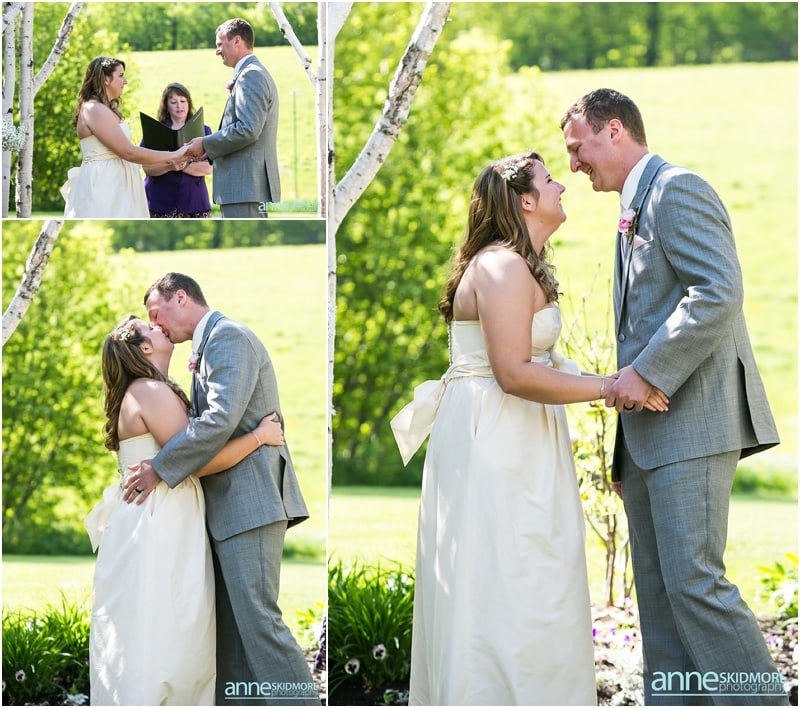 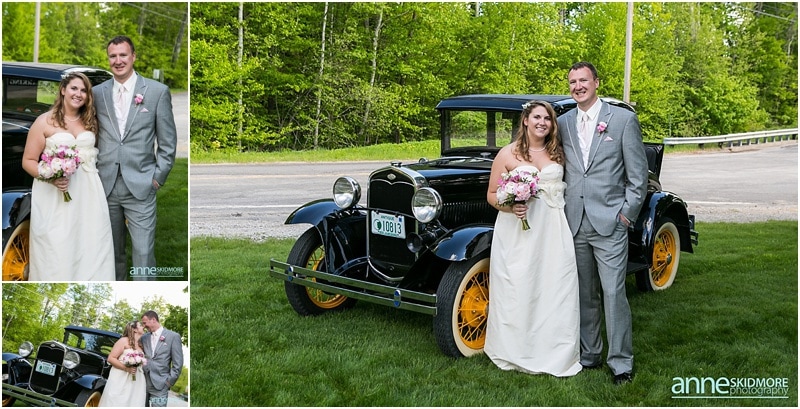 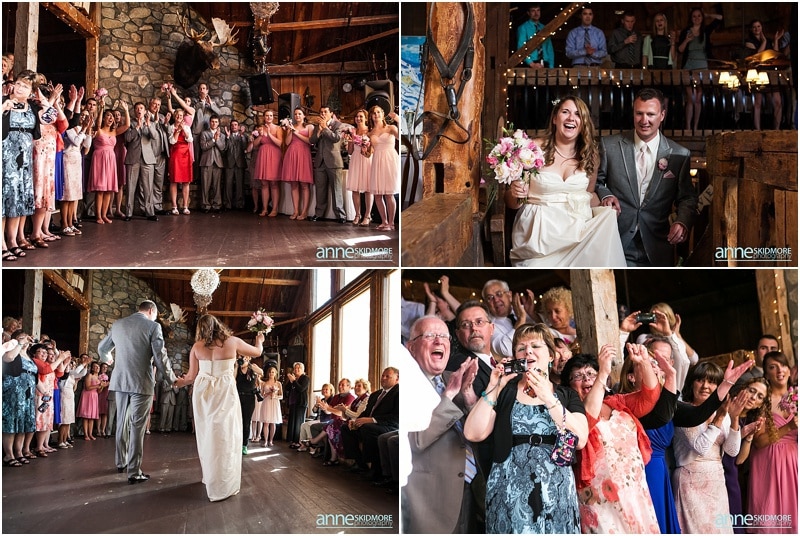 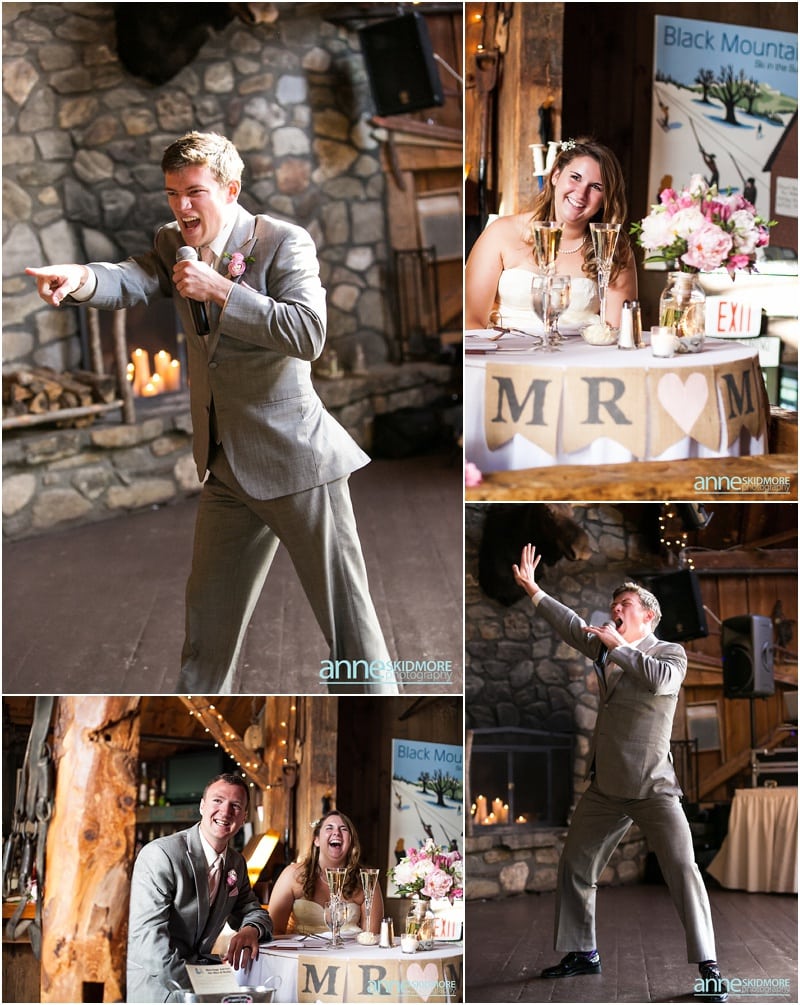 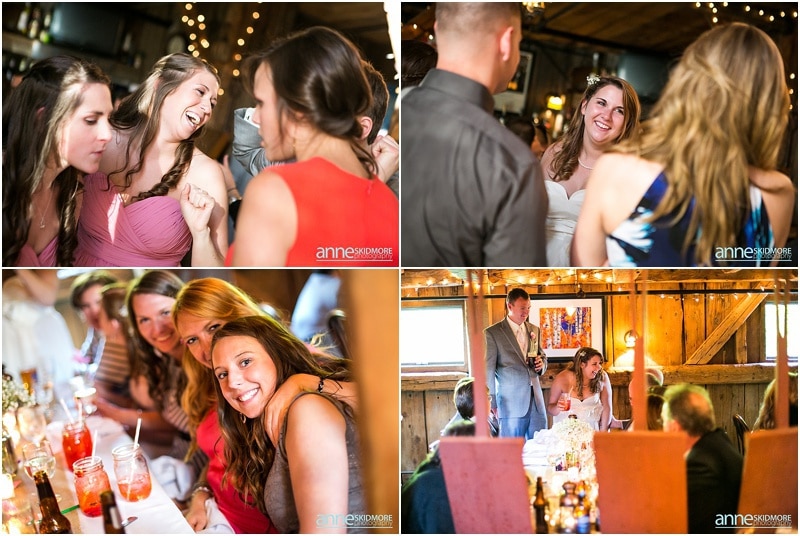 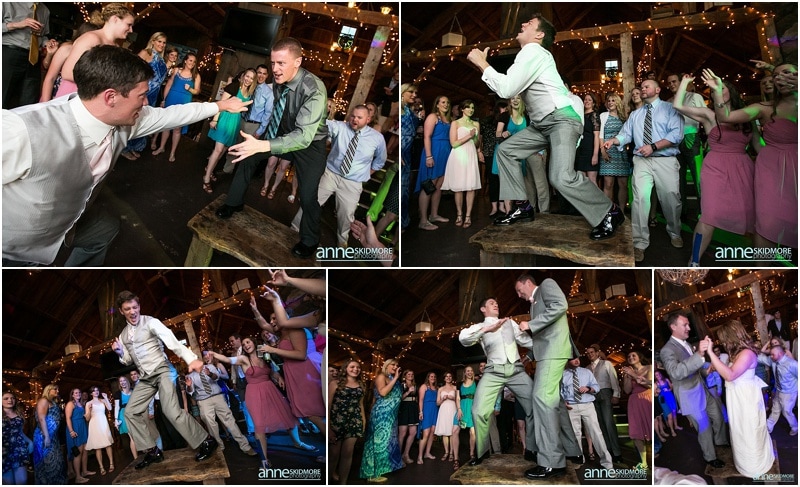 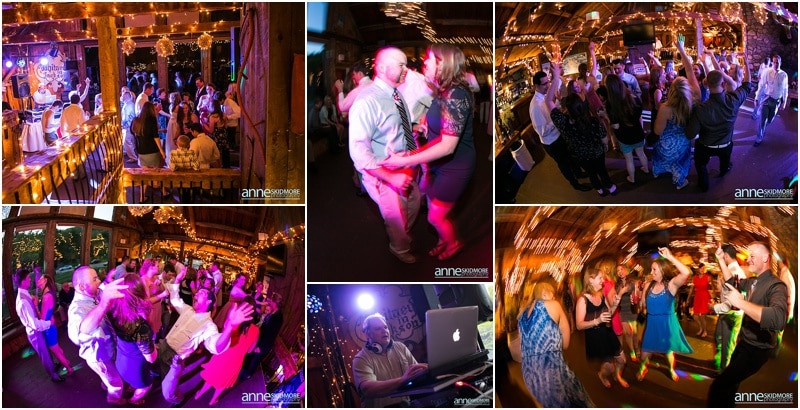 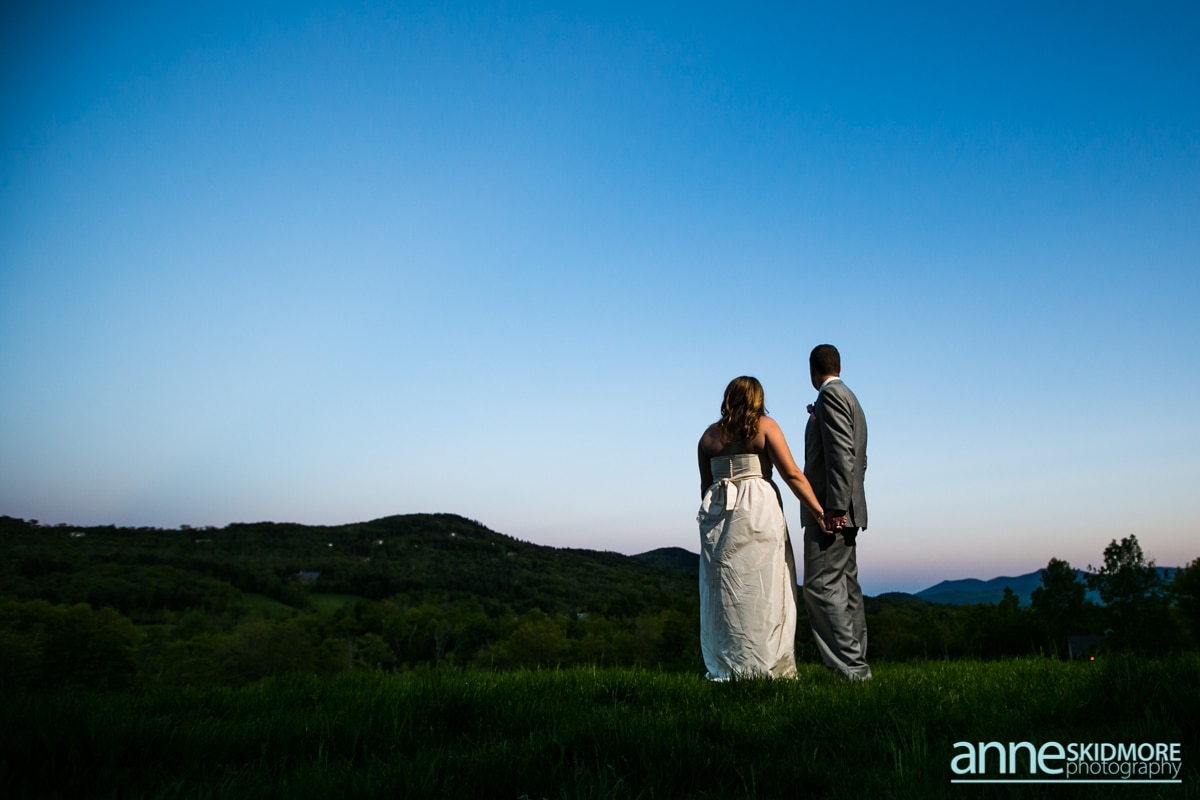